Just in time for Easter, Emmy-nominated actress and producer Roma Downey is rolling out a new movie she produced with her husband Mark Burnett called Resurrection, telling the story of what happened after Jesus’s crucifixion.

During a recent interview with CBN’s The 700 Club, Downey said she is overjoyed that the film will make its debut ahead of Easter, the holiest day of the year for Christians, also known as Resurrection Day.

Downey explained that the time frame for the film takes the audience through the gospel and into the book of Acts, by focusing on the death and resurrection of Christ.

“The movie opens up at the crucifixion of Jesus and we wanted to tell the story from the point of view of the disciples,” Downey emphasized. “They scattered when He was murdered, they’re heartbroken, they’re afraid. In those few days, they wait to see if He will come back or not. In that time in Jerusalem, there’s so much going on.”

“The drama plays out like a triangle because we have the oppression of the Romans and they were ruling with an iron fist,” she added. “We have the Temple authorities led by Caiaphas and they’re very anxious about Passover and keeping peace in the city which is why they tried to kill Jesus off so quickly. Then we have the disciples who have just lost their beloved teacher, their leader, their Lord, and they’re unsure what to do next.”

And the producer noted that viewers will be able to sympathize with Jesus’s disciples.

“The way the disciples are presented, there’s such a humanity in them that we the audience are able to relate to them,” Downey said. “We are able to identify with the variety of emotions that they’re going through and we will see that fear and that grief turn to joy and elation when on the third day as promised Jesus does rise again.”

The movie is a production from MGM and LightWorkers. But Downey explained that Discovery+ was the best outlet for the March 27th release of Resurrection due to theater closure during the pandemic and because the platform is interested in offering family-focused entertainment.

“It became clear to us around Christmas time that we weren’t going to be able to show this film in theaters as we had originally planned. We looked around to see what platform we might be able to stream the film on. We are so grateful that Discovery+ boldly stepped up and said that they would love to have the film over Easter.”

“They are a very family-friendly platform so we thought if we were inviting our audiences in to watch Resurrection, we wanted them to come into a place where they knew there would be value for their money and that it would be a place they could trust.”

She added that if the film performs well with audiences, Discovery+ will create space to make more faith-based content available to viewers.

“It’s harder and harder to find places that will take faith content so we’re really hoping that the Christian audience will mobilize and come check out the movie. It’s a beautiful movie. It’s the cornerstone of our faith. It’s uplifting and empowering and we really hope that the audience will step up and come in so we can continue to produce Christian content of quality.”

Additionally, Burnett and Downey have produced a variety of television series through MGM’s LightWorkers group, including the recently released series “Country Ever After” for Netflix, “Messiah” for Netflix, “The Women of the Bible” for Lifetime, “The Dovekeepers” for CBS, and “Answered Prayers” for TLC.

Who is Jesus? Is he really God’s Son? And what does Jesus have to do with Heaven? Your questions are answered here.

CBN Partners provide hope to those who are suffering! You can help bring hope today! 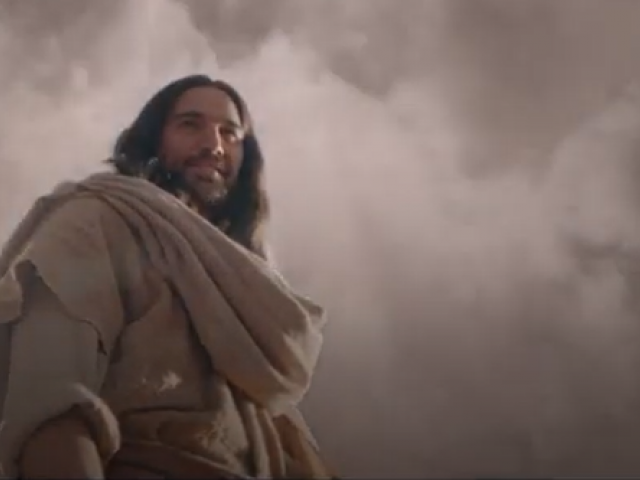 Revival Breaks Out at Nashville-Area Church with 1,000 Baptisms: It’s Solely a ‘Movement of God’

Revival Breaks Out at Nashville-Area Church with 1,000 Baptisms: It’s Solely a ‘Movement of God’